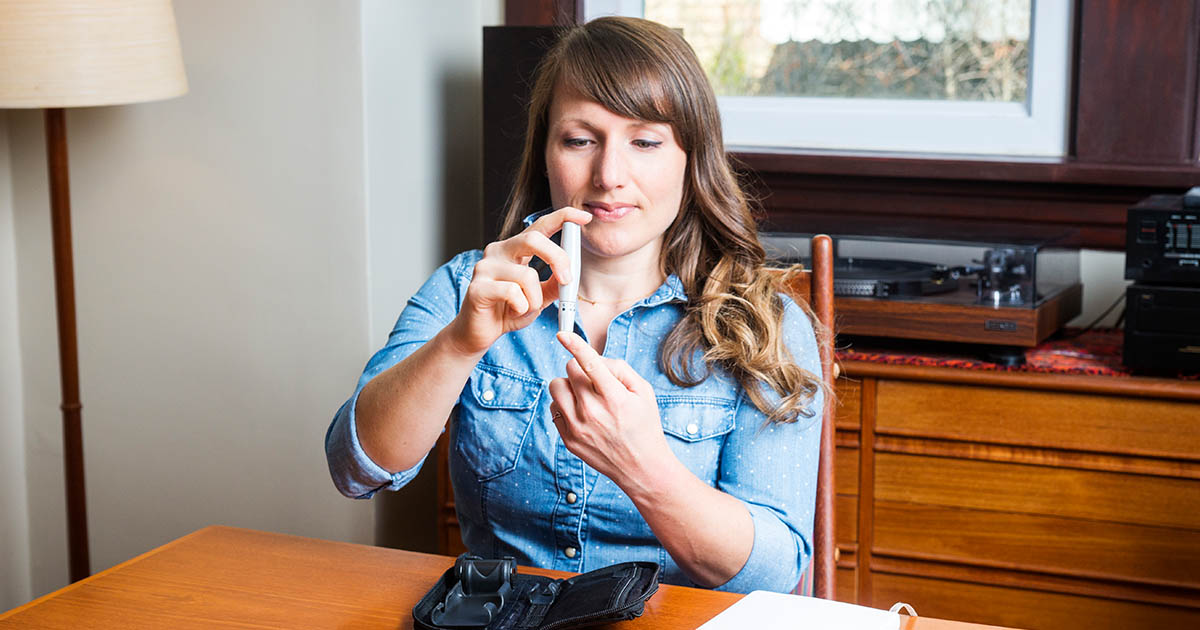 If you’re experiencing DKA, it is an emergency situation and must be dealt with immediately; for this reason, you must know what diabetic ketoacidosis is, the symptoms of DKA, how to treat DKA, and what to do if you suspect you have DKA.

When you have diabetes, you probably understand that your body has issues with utilization of insulin. The glucose that circulates in the blood is essentially moved out of the circulation and moved to where it needs to go, such as to the muscles, by the insulin.

Because the cells are not utilizing glucose for energy, they begin to break down fat instead. Instead, ketones are broken down. When this happens, diabetic ketoacidosis develops.

When DKA begins to develop and you will go on to develop symptoms – so it is a good idea to know the symptoms of DKA.

What Are the Symptoms of Diabetic Ketoacidosis?

The hallmark symptom of DKA is a fruity odor to the breath, which is caused by the breakdown of ketones. Other symptoms of DKA include:

For example, a loss of appetite coupled with abdominal pain and vomiting can signify a stomach virus. Rapid, deep breathing with flushed, dry, hot skin can be an upper respiratory infection (although rapid, deep breathing in someone with DKA is typically a later stage symptom and signifies an emergency).

DKA is typically caused by one of two things (or sometimes a combination of these two things!) – Illness or an issue with insulin therapy.

Illness can cause DKA because it causes an excess production of cortisol and adrenaline. When these hormones are produced in higher amounts, they can counteract the effect of insulin – which can then cause DKA.

However, it can also mean inadequate dosing of insulin. For example, if you require 75 units of Lantus and you only take ten units, you are setting yourself up for a dangerous situation.

Although these are the two most common causes of DKA, there are several other times and situations that you may find yourself at an increased risk for DKA:

What Are the Dangers of Diabetic Ketoacidosis?

Depending on the person, DKA may develop slowly or quickly. However, it doesn’t matter how quickly DKA has developed – DKA can be life-threatening if it is untreated.

High levels of ketones can be poisonous to the body. According to Mayo Clinic, untreated DKA can lead to “loss of consciousness and, eventually, it can be fatal.”

Treatment of DKA typically is performed in the hospital setting (which we will cover in a later section) but remember that DKA is an emergency situation – in an emergency setting, there are still risks and complications that can happen as the body attempts to regulate itself:

While these are things that can happen, please keep in mind that your healthcare team will monitor your blood glucose levels through fingersticks and lab draws. They will also check your electrolytes through lab draws and will make every effort to minimize these complications from developing.

How can you minimize these complications from happening? By taking the proper steps and preventing DKA from happening in the first place – and acting quickly if you suspect that you may be in DKA!

How Do You Prevent Diabetic Ketoacidosis?

Sometimes people suffer from DKA because it is the first “sign” that they notice before receiving a diabetes diagnosis. It seems that their body has suddenly gone haywire – then all of a sudden, they are in the emergency department with a type 1 or type 2 diabetes diagnosis!

However, if you already have a type 1 or type 2 diabetes diagnosis, there are several things that you can do to ensure that you don’t get DKA.

The most important thing you can do? Take care of yourself! For example, your treatment regimen may differ, depending on the type of diabetes you have.

If you have type 1 diabetes, you need insulin for absolute survival – your pancreas no longer produces insulin, so you must make up for it by giving yourself injections with the insulin that you no longer produce.

If you have type 2 diabetes, your pancreas still makes insulin – but it may not produce enough insulin, or your body may be insulin resistant. You may be prescribed insulin, but you may also be managing your diabetes with diet and exercise, oral medications, or other injectable medications – or any combination of diabetic medications listed above.

Next page: Learn more about what is diabetic ketoacidosis, steps to take to avoid DKA, what to do if you suspect DKA, and more.