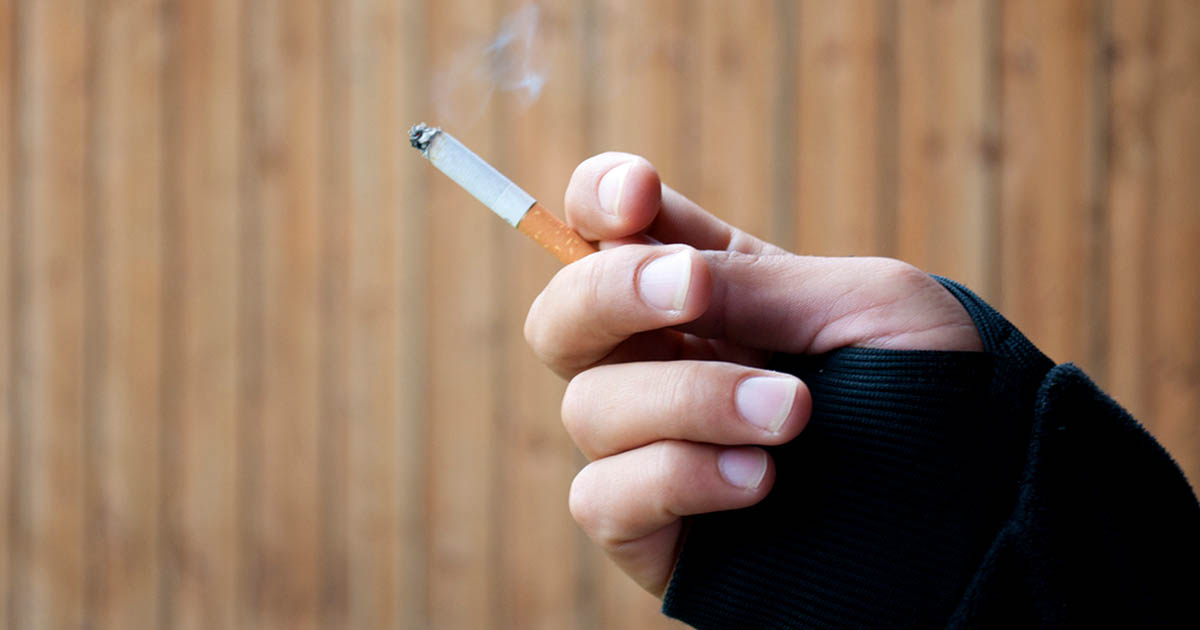 The Risk of Smoking and Diabetes

If you have already been diagnosed with diabetes you might be aware that your condition can have an impact on your likelihood of developing other health issues, some of which can be life-threatening.

What you might not know is that even if you have not yet been diagnosed with diabetes, being a smoker puts you at a higher risk of developing the condition.

More and more experts are becoming convinced that smoking is a risk factor for type 2 diabetes — it’s thought that smoking is linked to insulin resistance, which can lead to diabetes.

Smoking has also been shown to deteriorate the metabolism of glucose and may also be linked to higher BMI index readings. The BMI index identifies those who are overweight or obese, factors which are known to raise the risk of people developing type 2 diabetes.

A recent review of 25 studies into the relationship between actively smoking and a diagnosis of diabetes found that all but one of those studies did reveal a link between the two.

Experts who led this review estimated that 12% of all cases of type 2 diabetes in the US are attributable to smoking. The risk increases with the number of cigarettes smoked.

One study revealed that women who smoke 40 cigarettes a day have a 74% increased risk of developing diabetes while men smoking the same number have a 45% increased risk. It’s also believed that exposure to secondhand smoke may also be a risk factor.

As well as leading to diabetes, smoking can make diabetes worse.

Smoking and diabetes increase the risk of heart disease in very similar ways, damaging the walls of your arteries,  so putting the two together increases the risk of developing such problems dramatically.

Poorly controlled diabetes leads to high levels of glucose in the blood, which damages artery walls. Smoking can also narrow arteries and affect the circulation of blood. If this happens in the coronary artery — the one that takes blood and oxygen to the heart — this can cause a heart attack.

Strokes and TIAs (otherwise known as mini-strokes) can also be caused by poor blood flow to the brain so anything that could affect this flow (including smoking or poorly controlled diabetes) is potentially dangerous.

Diabetic neuropathy (nerve damage) is another condition that can be exacerbated by smoking.

As explained earlier, smoking can narrow arteries. If this affects the blood supply to the legs and feet it can damage nerves (or further damage nerves already affected by diabetes) and make it more difficult for wounds to heal. Being an overweight diabetic smoker makes the risk of this condition even higher.

It’s worth avoiding neuropathy because the condition can lead to all sorts of problems, including digestive problems like nausea, bloating, loss of appetite (diabetes and loss of appetite is often a concern for many already) and even malnutrition. Neuropathy can also cause urinary tract infections or incontinence, sexual dysfunction, increased sweating, and low blood pressure.

Worst case scenario, you could actually lose a limb. If cuts, sores or other wounds go unnoticed or untreated they could become severely infected or ulcerated, causing skin and tissue to break down. If the infection spreads to the bone surgeons may have to amputate toes, a foot or even the lower leg.

You May Also Like:Understanding How Diabetes Affects the Pancreas
Related Search Topics (Ads):

Another thing you might not know is that diabetic smokers may lose their ability to recognize when their blood sugars are plummeting.

Normally most people with diabetes recognize warning signs that their blood glucose is falling dangerously low. They may notice they are shaking, sweaty or that their heart seems to be beating faster.

If no symptoms are present the diabetic might not be warned in time to take action – eating or drinking something sugary or carbs. Without intervention, the sugars could drop so low that the person can lose consciousness and even fall into a life-threatening coma.

Obviously, it’s never too late to make a change and doctors advise that giving up smoking will lower risk factors for a number of health conditions, including diabetes. Even factoring in the truth that many people gain weight when they quit, it’s believed that the positive benefits outweigh this minor drawback.