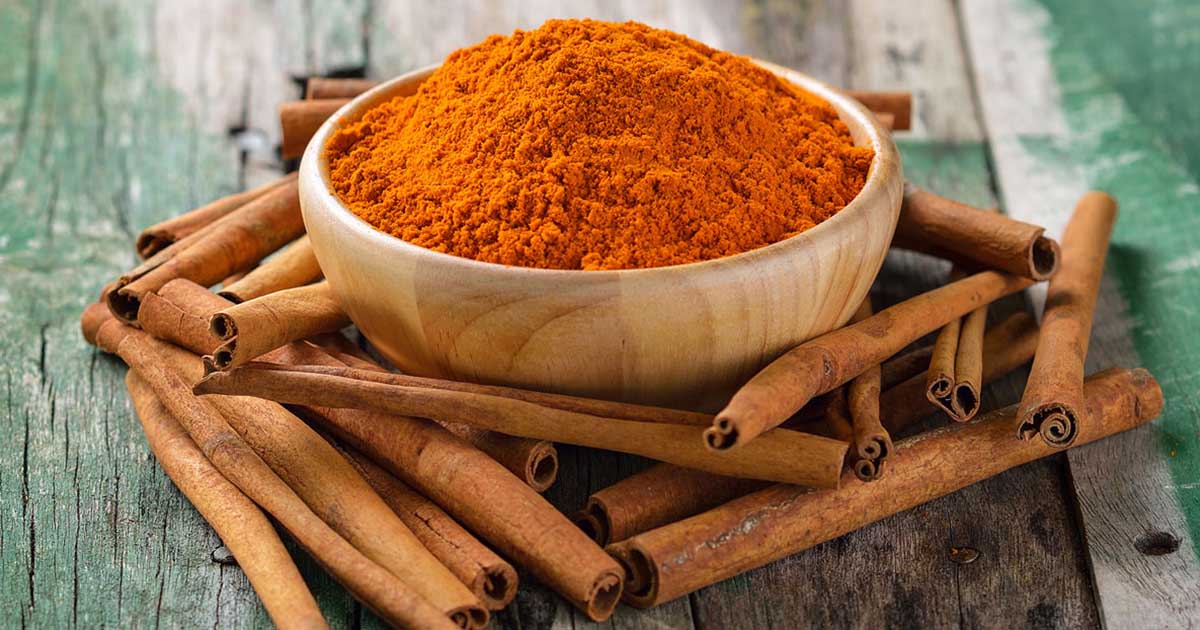 Is Cinnamon Good for Diabetes?

Many people believe nature provides many solutions to what ails us, with much of the secrets of the earth still being unveiled centuries after our ancestors first discovered healing powers in things living and growing around them.

Cinnamon has long been thought to have a wide variety of health benefits. There are two types of cinnamon: cassia cinnamon and Ceylon cinnamon.

Both have medicinal properties but one can be dangerous if not used in moderation — we’ll discuss this later in this article.

It’s believed that the bark and the oil from the cinnamon tree have anti-inflammatory, antioxidant and immunity-boosting properties. Some people even believe it can help prevent heart disease and cancer and help people with type 2 diabetes.

That’s a big claim for a piece of bark. How on earth could a spice we flavor food with help in the management of diabetes?

It’s thought that cinnamon plays a part in blocking certain enzymes called alanines. Alanines are a type of amino acid that allow for glucose (sugar) to be absorbed into the blood.

For this reason, many studies have shown that people with type 2 diabetes can experience positive effects on blood sugar levels by taking cinnamon or extract supplements that can be bought in health food stores.

An added bonus is that cinnamon is thought to combat heart disease and lower bad LDL cholesterol levels, which those with diabetes are more at risk for developing.

What Does the Research Say?

Paul Davis, a research nutritionist with the University of California, has no doubt that cinnamon helps with diabetes and pre-diabetes, the state where someone is deemed to be at high risk of developing full-blown type 2 diabetes.

His meta-analysis, which combined the results of several scientific studies, was published in the Journal of Medicinal Food. Davis concluded that cinnamon does lower fasting blood glucose about three to five percent.

To put this in perspective, this margin is about the level of reduction found in the older generation of diabetes drugs.

He added that he believed the findings should be of interest not just to the 25 million Americans who already have diabetes, but also to the 80 million other people — nearly 1 in 4 of us — who have elevated fasting blood-glucose levels or pre-diabetes.

How Much Should You Take?

So how much cinnamon should those with diabetes consider taking to help lower blood glucose levels?

Actually, none at all — at least not without speaking to your healthcare provider first of course.

Many doctors do believe in using cinnamon in controlled doses, and others will see no harm as long as the dose is small.

Just 1mg a day could help — to give you an idea of how much that is, half a teaspoon would contain about 3mg of the spice. You could sprinkle it over your cereal or toast, add to your morning beverage or stir it into your hot oats.

You can buy cinnamon tea or stir your favorite tea with a fresh cinnamon stick. Cinnamon also adds a warming flavor and wonderful aroma to stews, curry and spaghetti sauce.

Another option is to take cassia cinnamon in capsule form, or to use cinnamon oil in food — check the recommended dose on the packaging.

Remember that cinnamon supplements (like all dietary supplements) are not regulated by the FDA. Therefore, you have no guarantee from the FDA in terms of quality and effectiveness as they are considered food, not drugs.

You May Also Like:Why You Should Consider Using a Continuous Glucose Monitor
Related Search Topics (Ads):

Could Taking Cinnamon Actually Be Dangerous?

Be aware that some people are allergic to cinnamon and it can cause burns or sores to the mouth or throat. In addition, taking powdered cinnamon directly into the mouth from a spoon can be dangerous.

There is also a risk of consuming too much cinnamon, causing issues with the liver.

Cassia cinnamon bark contains coumarin, and since levels vary widely between different cinnamon-containing products it can be hard to monitor how much is in your system, especially if you like to add the spice to your food as well as take a supplement.

So, cinnamon may help your blood glucose but you should always check with your doctor before adding this, or any other supplement, into your diet.

If you do start taking cinnamon or increasing your intake, watch for side effects and stop using the spice if any new symptoms appear or you feel unwell. Doctors may want to do more regular liver function checks if you are using Cassia cinnamon.

Do not stop taking your prescribed medication in favor of cinnamon. If it turns out cinnamon makes no difference to your blood sugars at least you can console yourself that it is a tasty and aromatic addition to your diet.