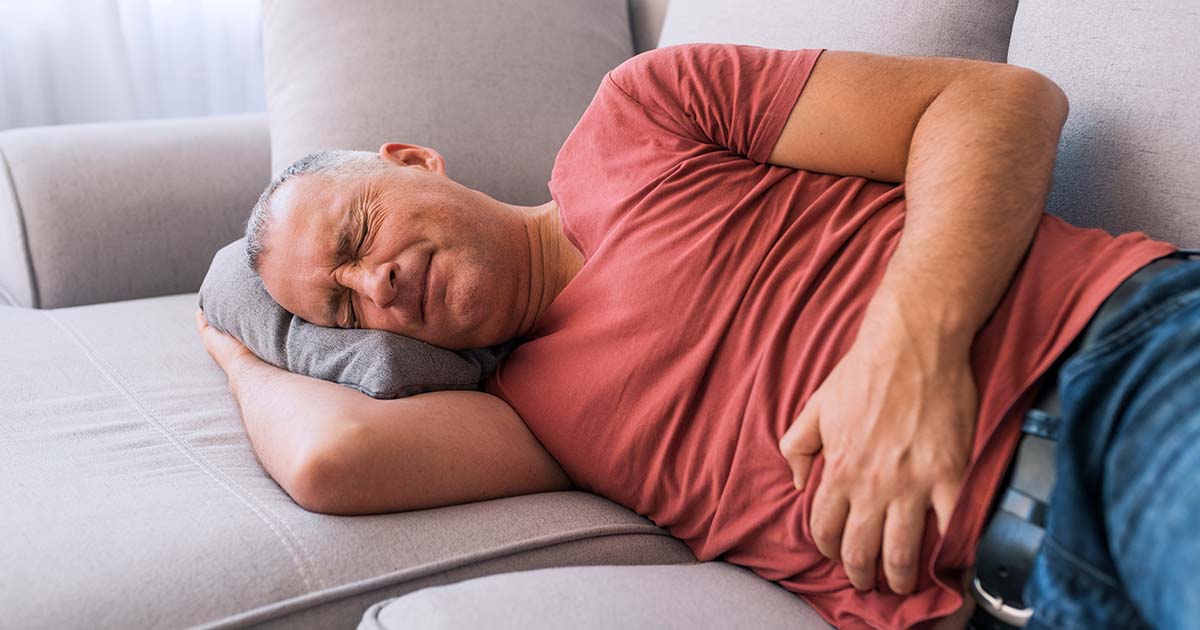 One of the hardest things to come to terms with when you are diagnosed with type 2 diabetes is the news that the condition can cause all sorts of medical issues that might not at first appear to be linked.

Gastroparesis, where food passes more slowly through the stomach, is one such issue. You might have a variety of stomach problems and not even realize that they can be caused by this chronic condition that means the stomach cannot empty in the normal way.

How can you find out of you are suffering from gastroparesis? Here is a list of symptoms to look for. The fact that you recognize some of them by no means confirms you have gastroparesis, but it might mean it’s worth taking investigations further.

Food passing through the stomach more slowly leads to symptoms like:

Symptoms can be mild or severe and can come and go, so you see what I mean about it not being easy – or advisable – to self-diagnose.

I have type 2 diabetes and can tick off a couple of these symptoms, but I don’t have gastroparesis. My bloating is generally caused by a love of carbs, I often feel sick but if anything that’s because I can be guilty of overeating which then leads to discomfort and pain in my abdominal area.

If you think there’s any chance you are suffering from gastroparesis you should make an appointment to see a doctor. It’s important to confirm a diagnosis as the condition can cause some (potentially) serious side effects including dehydration (if the condition causes you to vomit repeatedly) and malnutrition.

Gastroparesis can also cause acid reflux (gastro-oesophageal reflux disease to give it its full name) whereby acid from the stomach leaks into the esophagus – the long tube of muscle that runs from the mouth to the stomach, sometimes referred to as the “gullet.”

You might notice pain or difficulty swallowing, a nasty, possibly acidic taste in your mouth and heartburn, a burning sensation or discomfort in your chest after eating.

It is not just diabetics who can suffer from gastroparesis, but there is a symptom caused by the condition that particularly affects those with diabetes – gastroparesis can cause unpredictable blood sugar levels.

Poorly controlled diabetes, type 1 or 2, can be a factor in gastroparesis developing. High blood glucose can damage nerves in the stomach which can lead to the diabetic developing gastroparesis.

Other causes include the use of opioid medications (like morphine) some antidepressants, Parkinson’s disease and some rare diseases including scleroderma (which can cause problems internally) and amyloidosis caused by deposits of abnormal levels of protein throughout the body.

It can also be caused by some stomach surgeries including bariatric (weight loss) surgery or if you have had part of your stomach removed.

If after consultation your doctor thinks there’s a chance you do have gastroparesis he or she should order tests, which may include blood tests, a barium X-ray where you swallow liquid barium that shows up on an x-ray as it passes through your digestive system or a gastric emptying scan which tracks how fast food moves through your stomach.

Other tests include a wireless capsule test which is also designed to track the speed your stomach empties or an endoscopy which involves putting a tiny camera on the end of a thin flexible tube down your throat so the doctor can actually see inside your esophagus and stomach to check the lining.

It all sounds a bit grim, and I’m sorry to report that if you develop gastroparesis there is no actual cure.

However there is medication available to help, or your doctor might suggest dietary changes. Maybe both together will be the best option for you.

Your doctor might suggest that instead of three meals a day you eat more frequent but smaller meals. This should help the food pass more quickly through the stomach. It might be suggested that you eat soft or liquid foods or that you try to chew your food more before swallowing making it easier to digest. You might also try ensuring that you always drink plenty of non-fizzy liquid during each meal.

You might also be told to avoid some foods that are harder to digest – usually high fiber, high fat or skin-on foods. Don’t cut high fiber or skin-on foods out of your diet without consulting a healthcare provider first though as generally they are considered very good for most people, especially diabetics as they keep blood sugar levels quite stable.

There are a number of medications that can help ease symptoms. Some reduce nausea and some you can take before eating to help your stomach muscles contract to help push the food through. And in serious cases, there are other more extreme options including a relatively new electrical stomach stimulation programme, surgery or even a feeding tube or IV nutrition system.

As a diabetic with gastroparesis your doctor will urge you to keep very tight control of your blood sugar levels and, if you use insulin, might suggest that you divide your mealtime dose into two doses – one before the meal and one afterward. You might also be asked to inject into areas which typically result in slower insulin absorption like the thighs.

It will be particularly important for you to check blood glucose levels after food, too.

This all sounds quite depressing so if you currently have no stomach issues or just some mild symptoms, I would urge you to remember the old adage – prevention is better than cure!

Keep on top of your condition, eat healthily, exercise and attend all of your diabetic appointments and you will be more likely to enjoy a longer and healthier life.